Leidos said Thursday the executive moves are part of the company’s efforts to optimize processes and advance talent development.

Engola will cooperate with all business groups as he leads a strategic initiative for the national security space market in his new role. Before Leidos, he held various roles at Lockheed Martin’s (NYSE: LMT) space systems business.

“These leaders have demonstrated their commitment to the Leidos team and expertise in multiple fields,” said Roger Krone, chairman and CEO of Leidos and a 2021 Wash100 Award winner. “As we continue to grow as an enterprise, we must adjust to the changes we will see in our addressable markets. Our ability to remain flexible and agile in addressing customer needs is vital to our success.”

Jim Cantor, head of performance excellence and strategic partnerships, announced plans to retire this year and will be a consulting employee during the transition period. 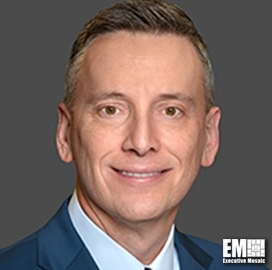 Jim Carlini, an industry and government technical leader who joined Leidos (NYSE: LDOS) in 2018, has been promoted to chief technology officer, Inside Defense reported Tuesday. He succeeds Jim Cantor, who assumed the role of chief of performance excellence and strategic partnerships.