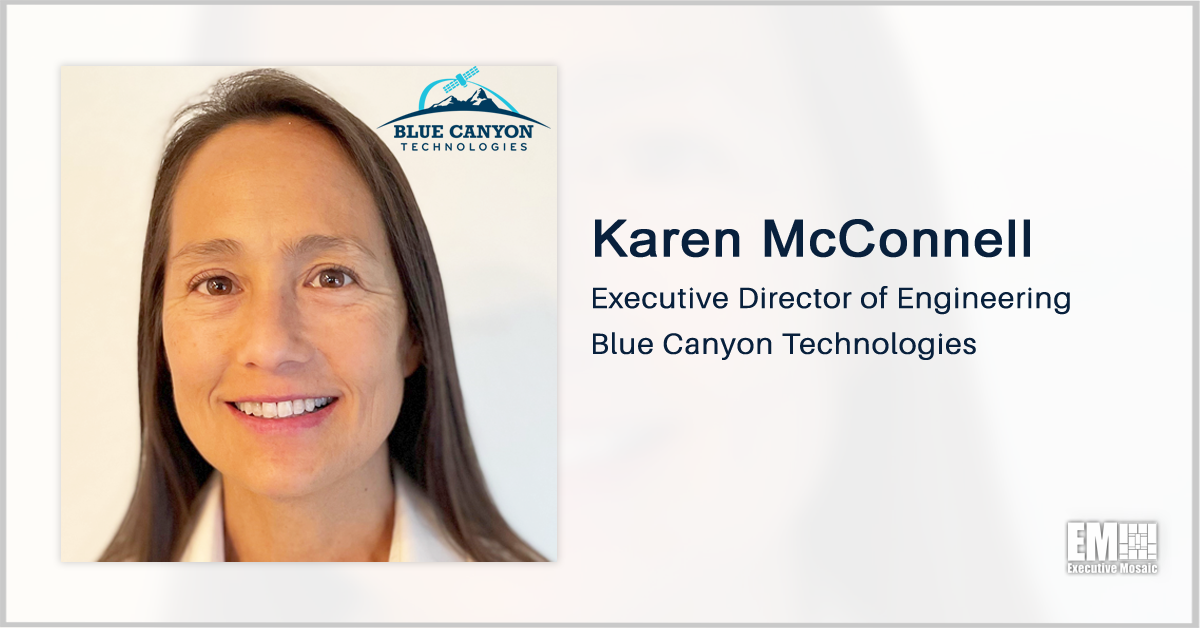 Blue Canyon said Monday that McConnell will be responsible for managing the performance, reliability and delivery schedules of its small satellite production line.

Her additional responsibilities will include driving initiatives to boost the smallsat manufacturer’s program performance and expand its Saturn-class microsatellite portfolio.

McConnell joins Blue Canyon from Ball Aerospace, where she most recently served as director of spacecraft engineering. She also held leadership roles at aerospace companies TRW and AeroAstro.