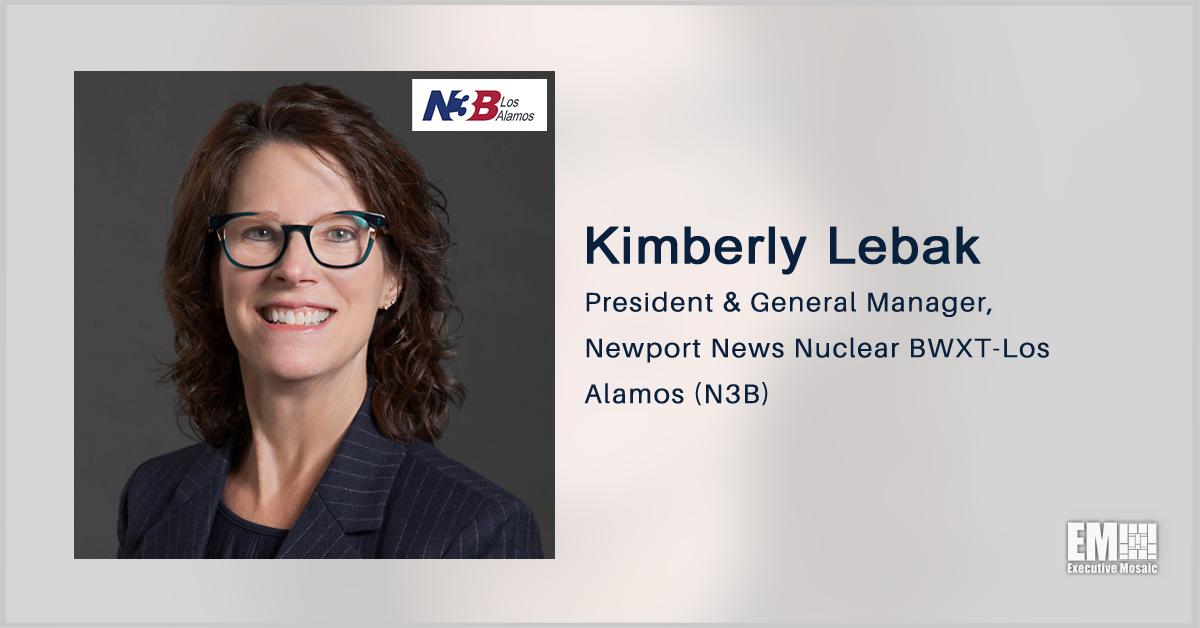 She has been with HII since 2018 and previously held a nearly three-decade DOE career that includes service as manager of the National Nuclear Security Administration’s Los Alamos Field Office from 2014 to 2017.

Lebak received the 2017 Distinguished Presidential Rank Award for her excellent performance and accomplishments during her civilian service.

DOE awarded N3B the 10-year contract in December 2017 to mitigate contamination on the LANL site.