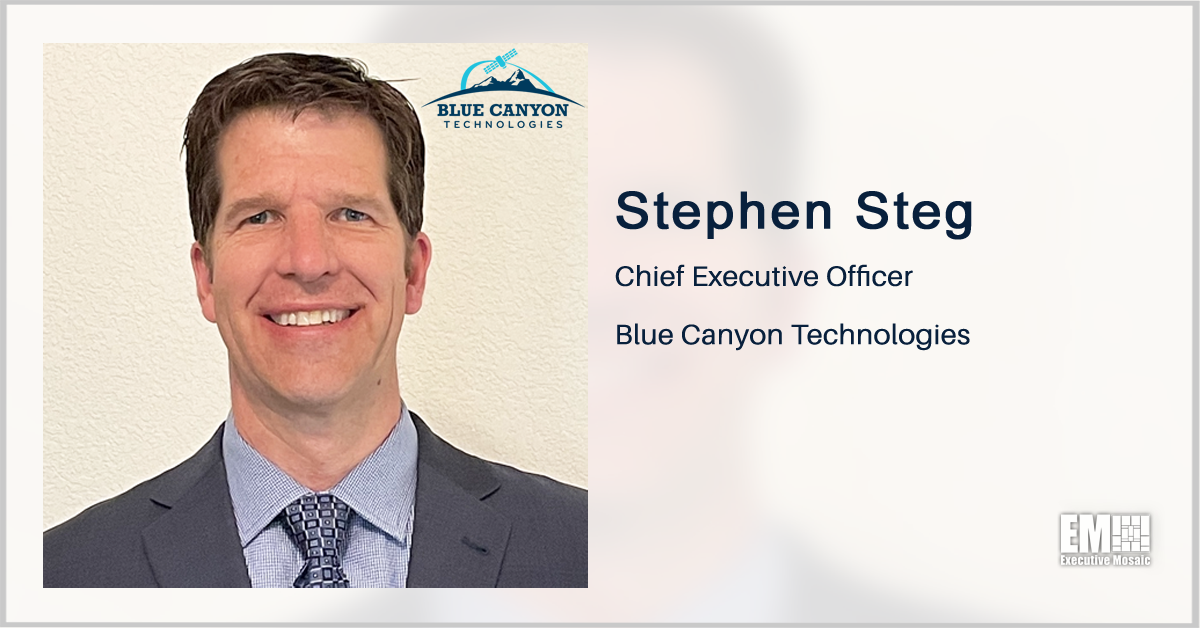 Stephen Steg, co-founder and chief technical officer of Blue Canyon Technologies, has been named CEO of the small satellite and mission services provider, more than five months after its acquisition by Raytheon Technologies (NYSE: RTX).

Raytheon closed its purchase of Blue Canyon in December and integrated the satellite maker into its intelligence and space business.

Roy Azevedo, president of Raytheon Intelligence and Space and a 2021 Wash100 Award winner, said Steg brings his leadership and experience to the role and his expertise in small satellite technologies will be invaluable as the company delivers a range of platforms to support clients’ space missions.

Steg has more than two decades of space industry experience and holds three patents for Blue Canyon products. He spent 18 years at the Laboratory for Atmospheric and Space Physics at the University of Colorado in Boulder, where he oversaw the mechanical analysis and design of space mechanisms and optical instruments on NASA programs.

Matt Magana, who assumed the position of president of BCT after Raytheon completed the transaction, will continue to serve in the role.

Steve Schneider, executive director of manufacturing, test and components, has been promoted to chief operating officer of BCT. He succeeds co-founder Matthew Beckner, who will remain in an advisory role.

Matt Baumgart, formerly executive director of research and development, has stepped into the role of chief technical officer previously held by Steg.