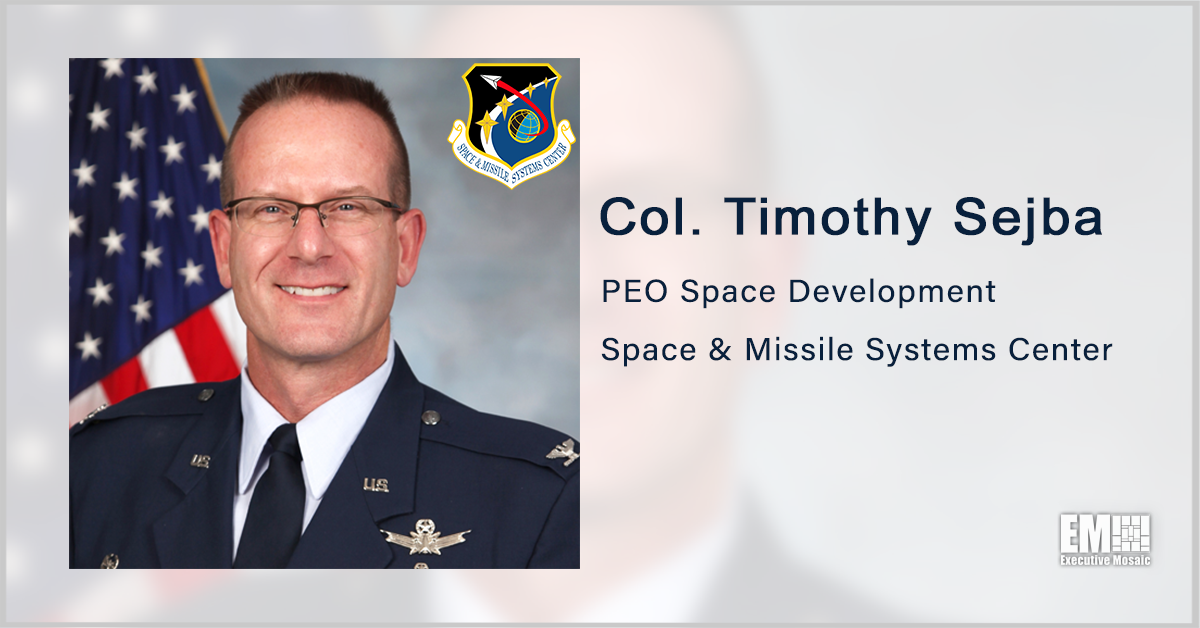 The Space and Missile Systems Center said Wednesday it awarded the Missile Track Custody Prototype contracts for the two companies to perform modeling work as part of the Next Generation Overhead Persistent Infrared program.

Col. Timothy Sejba, program executive officer for space development at SMC, said the prototype effort represents the first initiative under an other transaction agreement with Space Enterprise Consortium the service branch unveiled on Jan. 15 and serves as a key element of the center’s digital engineering strategy.

Sejba added that the project supports what the service branch calls a “try it before you buy it” contracting approach.

Boeing (NYSE: BA) has wrapped up its purchase of Millennium Space Systems in a move that adds small satellite technologies to the Chicago-based aerospace contractor’s portfolio. El Segundo, Calif.-based Millennium Space Systems will operate as part of its parent company’s Phantom Works research-and-development unit, Boeing said Tuesday. The closing of the deal comes nearly six weeks after the transaction