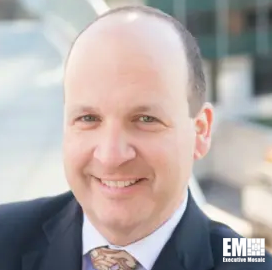 Accion Systems has appointed federal service veterans Michael Griffin, Lisa Porter and Jeanne Foster to its board of advisers as the Boston-based satellite propulsion technology developer looks to expand the company’s footprint across government space missions.

The three new advisers bring government work experience in the Department of Defense and other agencies to support Accion’s growth efforts in the sector, the company said Monday.

Griffin, a two-time recipient of the Wash100 Award, previously served as DOD’s undersecretary for research and engineering, NASA administrator and head of the space department at Johns Hopkins University Applied Physics Laboratory.

Porter worked at the Pentagon’s R&E office as deputy undersecretary, the Intelligence Advanced Research Projects Activity as its first director and NASA as associate administrator for the space agency’s aeronautics research mission directorate.

She served as an executive vice president of In-Q-Tel, where she also led the IQT Labs research organization, and as president at Teledyne’s scientific and imaging business.

Foster is a three-decade defense and intelligence community veteran who currently serves as CEO of JCF Consulting. Before she established her own consultancy, Foster held leadership positions in the National Geospatial-Intelligence Agency, CIA and the National Reconnaissance Office.

“As we expand into more operational missions, we need expert guidance from former government leaders who understand the critical needs of these missions.”