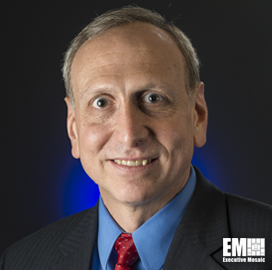 The Mars 2020 Perseverance mission “personifies the human ideal of persevering toward the future and will help us prepare for human exploration of the Red Planet,” Steve Jurczyk, acting administrator of NASA, said in a statement published Friday.

The 2,263-pound rover will go through weeks of testing before it kicks off its scientific investigation of the planet’s Jezero Crater for two years. Astrobiology research, including the search for proof of ancient microbial life, is the mission’s primary objective.

“We built the rover not just to land but to find and collect the best scientific samples for return to Earth, and its incredibly complex sampling system and autonomy not only enable that mission, they set the stage for future robotic and crewed missions,” said Michael Watkins, director of NASA’s Jet Propulsion Laboratory.

The mission is part of NASA’s Moon to Mars exploration program. JPL oversees the mission and the Ingenuity Mars Helicopter tech demonstration for the space agency.

NASA’s Perseverance rover that launched from Cape Canaveral Air Force Station in Florida aboard a United Launch Alliance-built Atlas V rocket in July 2020 reached Mars on Thursday. The Mars 2020 Perseverance mission “personifies the human ideal of persevering toward the future and will help us prepare for human exploration of the Red Planet,” Steve
Sponsor