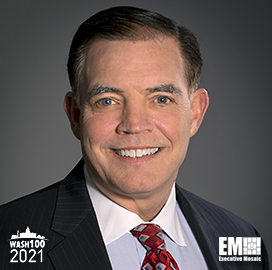 Executive Mosaic is honored to present Chuck Prow, president and CEO of Vectrus, as a 2021 Wash100 Award recipient for his notable leadership that enabled the company to win massive contract awards in support of U.S. service branches, as well as drive growth efforts during the COVID-19 pandemic.

“Chuck Prow, who led IBM’s public sector through one of its most successful periods, is now guiding Vectrus, a public company, through a simultaneous effort that includes growing top of the line organic and acquisition expansion as well as aggressively increasing technology and margin of his company‘s products,” said Jim Garrettson, founder and CEO of Executive Mosaic and the coveted Wash100 Award.

Under his leadership, Vectrus has continued its success in the federal market throughout the year, which has expanded the company’s portfolio and grown its business. Most notably, Vectrus won a spot on the five-year, $6.4 billion indefinite-delivery/indefinite-quantity (IDIQ) Air Force Contract Augmentation Program (AFCAP V) contract vehicle in April 2020.

Under the contract, worldwide contingency and humanitarian support contract Vectrus will provide contingency planning, deploying and training and equipping of forces. Vectrus was first awarded a position on the AFCAP contract in June 2015. Since the initial award, the company has been awarded 13 task orders, worldwide, worth over $130 million.

“We have placed significant emphasis on expanding our Air Force relationships and mission support and today, Vectrus is a trusted provider of facilities and logistics, information technology, network communications, operational technologies and converged solutions to the Air Force in 13 countries,” said Prow.

In addition to the company’s support of the U.S. Air Force, Vectrus has won work to deliver advanced capabilities to the U.S. Army. The company announced in July that it will continue to help U.S. Army personnel manage and secure operations at the service branch’s installation in Kuwait under a $529 million contract modification.

The branch obligated $248 million at the time of award from its fiscal 2020 operations and maintenance funds. Vectrus will extend support work at Camp Arifjan through Sept. 28, 2021. The company performs logistics, information technology, network communication and facility management services at U.S. military installations in Kuwait through the Army’s K-BOSSS program.

Throughout the year, Vectrus has worked to secure competitive opportunities abroad, proven by its recent Army contract modification in Kuwait. Vectrus has also secured valuable worldwide contract awards with the U.S. Navy.

Prow recently announced that Vectrus will continue to help the U.S. Navy manage facilities, equipment and vehicles at Naval Station Guantanamo Bay in Cuba under a potential $196 million base operations support contract.

The new contract, which was announced in October, was won through a recompete. It will extend the work Vectrus has performed at the military installation over the past two years, including facility investment, utilities management and ground maintenance.

Prow said that Vectrus has increased its geographical footprint across the Navy market and looks to further expand work with the branch.

Executive Mosaic congratulates Vectrus and Chuck Prow for his 2021 Wash100 Award. Prow’s role in the GovCon industry is one of the many reasons for the company’s success. His commitment to company growth and workforce support has established Vectrus as a top company in the sector.

“My guess is Chuck will rapidly scale this enterprise and leverage the infrastructure investment he has already made to upgrade Vectrus to the echelon of the GovCon industry,” Garrettson emphasized. 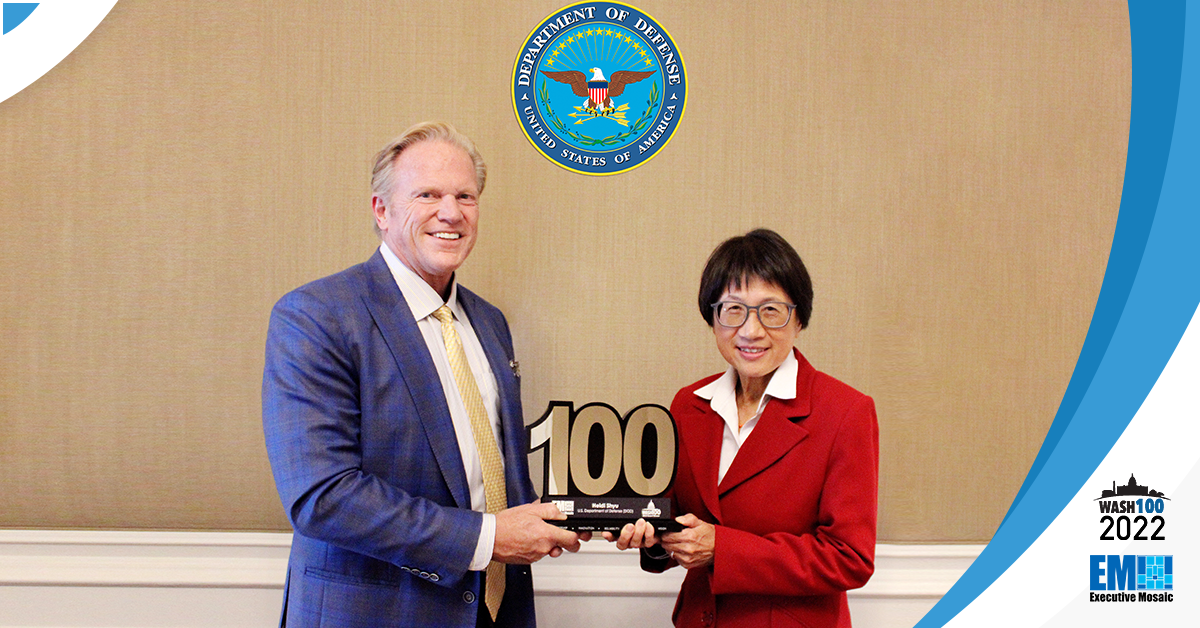