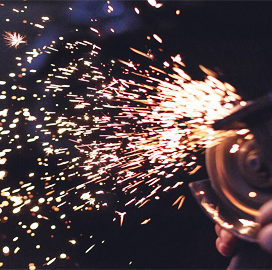 Arlington Capital Partners has agreed to purchase Triumph Group's manufacturing facility in Red Oak, Texas, for composite and metallic aircraft components, six months after both parties announced an initial agreement under which the private equity firm will acquire a pair of composite facilities run by Triumph Aerospace Structures.

Triumph Group did not disclose the value of the transaction and said Wednesday the sale includes a 1 million-square-foot factory, thermoplastic engineering services and approximately 400 workers.

The two companies expect to close both deals in the fourth quarter of Triumph's 2021 fiscal year.

The Red Oak operations being acquired by Arlington Capital focus on the assembly of aircraft wings, fuselage and tails.

Daniel Crowley, chairman and CEO of Triumph Group, said the move is intended to help the company increase liquidity, cut debt and position itself as a systems and aftermarket services provider.