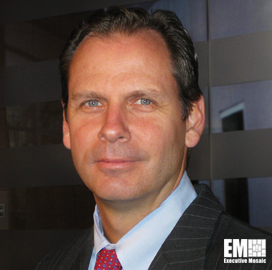 Martin Schroeter, former senior vice president for global markets at IBM (NYSE: IBM), has been named CEO of NewCo, an independent company that will be formed once IBM spins off its managed infrastructure services business by the end of 2021.

IBM announced in October that it will split into two public companies by spinning off the managed infrastructure services unit as part of its efforts to focus on hybrid cloud and artificial intelligence capabilities.

Arvind Krishna, chairman and CEO of IBM, said Schroeter will bring to the new independent company his leadership experience, strategic vision, understanding of the industry and business judgment as NewCo works to expand its presence in the managed infrastructure services area.

Schroeter joined IBM in 1992 and has held senior leadership roles at the company, including chief financial officer and general manager of IBM Global Financing.

General Electric (NYSE: GE) has unveiled the brand names and logos of the public companies it will establish as the Boston-based industrial conglomerate splits into three independent businesses focused on aviation, health care and energy sectors. The company said Monday its health care business will operate under the name GE HealthCare and its aviation business

Semiconductor company Broadcom (Nasdaq: AVGO) is in discussions to acquire VMware (NYSE: VMW) through a cash-and-stock transaction, The Wall Street Journal reported Sunday. News of a potential deal comes as Broadcom, which has a market value of $222 billion, seeks to expand its footprint in the corporate software market. In July 2021, reports emerged that

Envistacom will spin off its technology development business unit – Advanced Technologies Group – into an independent company that will focus on the development of transport virtualization platform and multibeam, multifrequency antenna systems to deliver secure wireless connectivity. Michael Geist, senior vice president of strategy and technology at Envistacom, will serve as president of the