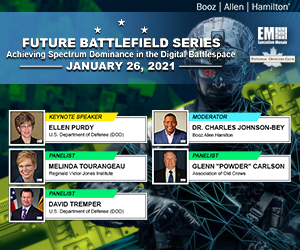 During Potomac Officers Club’s Future Battlefield Series: Achieving Spectrum Dominance in the Digital Battlespace Virtual Event on Jan. 26, notable leaders across the government contracting landscape will join together to discuss the challenges of the electromagnetic spectrum, including spectrum competition in a contested and congested environment, and how enablers such as partnerships and technological innovation can overcome these hurdles.

The Virtual Event will feature an expert panel, moderated by Dr. Charles Johnson-Bey, senior vice president with Booz Allen Hamilton. The panel will host David Tremper of the Department of Defense, Melinda Tourangeau of the Reginald Victor Jones Institute and Glenn “Powder” Carlson of the Association of Old Crows.

Johnson-Bey is a leader in global organizational change for Booz Allen’s commercial and defense clients. With more than 25 years of engineering experience spanning cyber resilience, signal processing, system architecture, prototyping and hardware, he promotes innovation, collaboration, and sharing of intellectual capital across the company.

Tremper is the Director for Electronic Warfare (EW) supporting the Platforms and Weapons Portfolio Manager (P&WPM) in the Office of the Undersecretary of Defense for Acquisition and Sustainment (OUSD (A&S)).

In his position, he serves as the DOD’s senior leader and provides guidance and advocacy for U.S. development, acquisition and sustainment of EW capabilities and systems. Before joining the Office, Tremper served as a program manager at the Defense Applied Research Project Agency (DARPA) and at the Office of Naval Research.

Within both organizations he created and managed applied research programs in the areas of Electronic Warfare, Counter-Intelligence, Surveillance, and Reconnaissance (C-ISR) and Positioning, Navigation and Timekeeping (PNT).

Tourangeau served for four years on active duty as an officer in the United States Air Force at Wright Patterson Air Force Base, where she was a program manager and research engineer working on the nation’s Strategic Defense Initiative’s laser programs.

Tourangeau currently serves as executive director of the RVJ Institute, Center of Excellence for EMSO, where she supervises operations for the Institute. She also leads all aspects of the daily business including legal, finance and accounting, social media, public affairs, and communications. In addition, she serves a dual role for the Institute as chairman of the Board of Directors.

Carlson is a life member and the president of AOC International, where he has served for more than three decades. He retired from the Air Force as a Lt Col after more than 23 years of service and has over 34 years’ experience in Electronic Warfare. He served as a B-52 Electronic Warfare Officer (EWO), Instructor, Evaluator, Flight Test and multiple Wing and Staff positions.

Potomac Officers Club’s Achieving Spectrum Dominance in the Digital Battlespace Virtual Event will also feature notable leaders across the private and public sectors to address how innovation and modernization across defense will increase the speed of understanding, analyzing and acting on an explosion of data on the Digital Battlespace.

During the virtual event, Ellen Purdy, director of Emerging Capabilities, Prototyping Initiatives and Analysis with the DOD, will be featured as a keynote speaker. 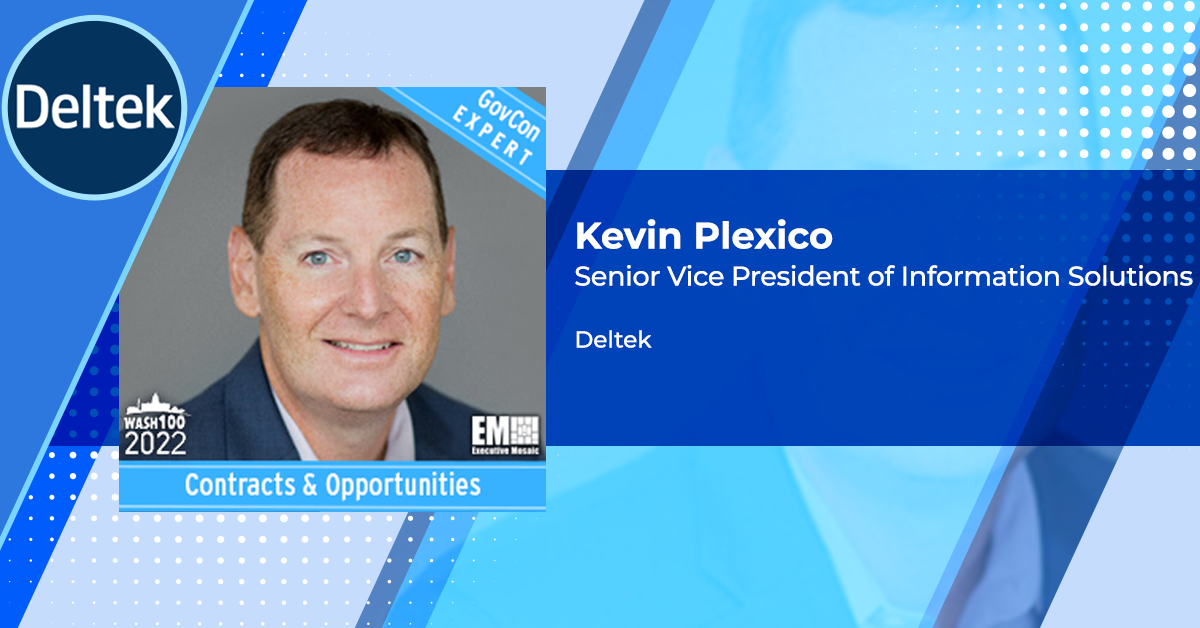