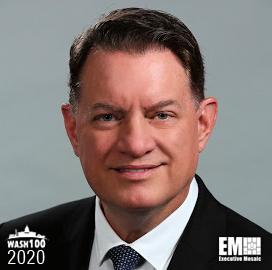 Rick Wagner, president of Microsoft’s (Nasdaq: MSFT) federal arm and a three-time Wash100 awardee, wrote in a blog post published Monday the company will compete to develop, field and operate systems across multiple domains in support of the U.S. Air Force’s Advanced Battle Management System through its spot on a potential $950M indefinite-delivery/indefinite-quantity contract.

Microsoft is one of the 24 vendors that secured spots on the IDIQ contract in early November to develop, test and integrate new capabilities for ABMS as part of the Joint All Domain Command and Control program.

Wagner said Microsoft Federal will support the ABMS program by using the Azure Government cloud as the underlying tech platform to provide the “ability to fuse data from disparate sources to generate a more robust operating picture and operations across the battlespace.”

He noted that Microsoft Federal will also provide agile information technology capabilities and other platforms to help the Air Force develop an integrated system designed to facilitate multidomain operations.