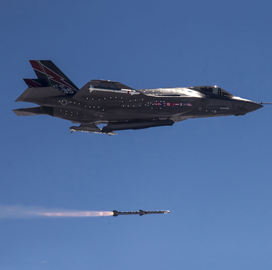 Hungary will procure air defense systems from the U.S. under an estimated $1B deal that involves foreign military and direct commercial sales as the European country aims to modernize its Soviet-era arsenal, Defense News reported Thursday.

The FMS portion of the agreement is for 60 Raytheon Technologies-built (NYSE: RTX) Advanced Medium-Range Air-to-Air Missile-Extended Range systems and contractor support services worth $230M, which the State Department cleared in May.

Both countries also agreed on a direct commercial sale transaction that allows the international customer to engage in private negotiations with U.S. defense technology suppliers.

AMRAAM has been implemented by more than 40 countries and is designed to integrate with fighter aircraft platforms such as F-15 Eagle, F-16 Fighting Falcon, F/A-18 Super Hornet and F-22 Raptor.

The missile's extended-range version serves as the baseline weapon on the National Advanced Surface-to-Air Missile System missile launcher, according to Raytheon.