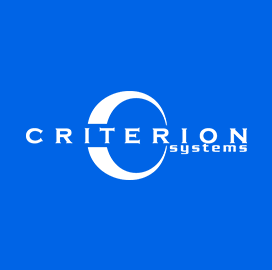 Doyle most recently served as SVP of civilian operations while Cheney was previously the SVP for business development strategy, Criterion said Monday.

In his former role, Doyle oversaw the Civilian Business Operations Division’s revenue growth efforts, program execution and relationship management functions with clients such as the departments of Energy and Agriculture.

Promod Sharma, president and CEO of Criterion, said the recent appointments solidifies the company’s C-level team and demonstrates Doyle and Cheney’s “crucial role in the rapid growth of our company.”

Prior to joining Criterion in 2012, Doyle served as a VP and deputy division manager at Science Applications International Corp. (NYSE: SAIC) and spent more than four years in leadership roles at Raytheon Technologies (NYSE: RTX).

Cheney has been with Criterion since 2009 and served across communications leadership positions at companies like Citizant, HandySoft and SiloSmashers.

She is also active at The Women’s Center nonprofit organization and served as president of the Maine State Society Foundation.