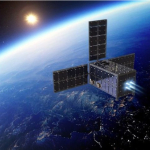 The Space Development Agency (SDA) has released a solicitation for a program to design, develop, test and launch the initial batch of satellites that will comprise the Transport Layer Tranche 0 as part of the proliferated  National Defense Space Architecture in low-Earth orbit.

A solicitation notice posted Friday says the transport layer will serve as the architecture’s backbone by delivering low-latency and resilient military connectivity and data to a range of warfighter applications.

C4ISRNET reported SDA plans to award two contracts to construct up to 20 small satellites for tranche 0 and 10 of those space vehicles will comprise the initial transport layer. The agency expects delivery of tranche 0 by the fourth quarter of fiscal year 2022.

SDA has listed six technical objectives for tranche 0 of the transport layer, including evaluation of the capability to transmit data with very low latency to warfighters, demonstration of a limited battle management command, control and communications functionality and ability to store, send and receive Link-16 messages in near real time.

The agency intends to award a contract on Aug. 10 and expects the satellites to be delivered by July 31, 2022. Interested stakeholders have until June 1 to submit their responses to the request for proposals.