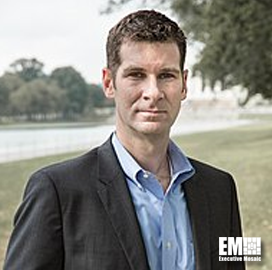 P.W. Singer, author of Burn-In: A Novel of the Real Robotic Revolution, recently discussed his novel and how he derived the narrative from current trends in artificial intelligence (AI) and emerging technologies, and how they could pose a potential threat to the world's future.

Singer will speak at Potomac Officers Club for its AI Just Beyond Tomorrow Virtual Event on May 28th. He will discuss the future plans, priorities and programs as our nation aligns with the rapid advancements in AI.

Singer noted that with the influx of technology applications, there has been a lack in adjusting the economy and society for the changes that will inherently be attached with the adaption. “Industrial revolutions are really traumatic: We're going to see everything from job displacement to new political ideologies, even extremist ones, and we're not preparing for that,” he said.

He also drew comparisons between the development of AI and the Internet. Singer emphasized how the development of the internet was focused on the benefits, but these innovators didn’t consider security threats, which created a variety of consequences. He noted the similarities with AI development.

Singer discussed how AI development could also pose a threat in the future, like the automation of manual jobs. Burn-In follows a  contract lawyer who’s been automated to show that white collar jobs are at risk as well as develop more compelling human themes.

“The husband of the main character is a way that we use to illustrate that many people when they think about automation, they think about a factory worker or losing their job or maybe a truck driver, something blue collar but the data shows that it cuts across not just blue collar, but also white collar,” Singer stated.

Singer commented on facial recognition, noting how there is a divide between the innovators and the critics, and how AI could potentially change the future forever.

“They’ll talk excitedly about how you’re going to use it in a restaurant and use it in a train station, and all the money that’s going to be made. And then you pull back and think through everything, from how will the government use this?…How does this change on our personal relationships?… The visions of the future can be Utopian, but it can also feel really creepy in other ways,” Singer posed.

Potomac Officers Club will host its Artificial Intelligence Just Beyond Tomorrow Virtual Event on May 28th. Click here to register for the event.

Singer will serve as a keynote speaker for the event. He will discuss the impact that AI has on the private and public sectors, the steps that leaders in the field have taken to remain up to speed with the rapid advancement of technology.

Register here to join Potomac Officers Club for its AI Just Beyond Tomorrow Virtual Event on May 28th to learn about the future plans, priorities and programs as our nation aligns with the rapid advancements in AI.