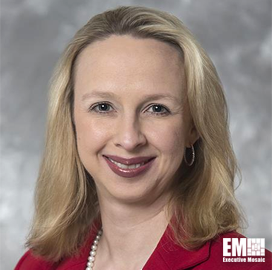 Amy Gowder, a more than two-decade aerospace and technology market veteran, has been appointed chief operating officer of Aerojet Rocketdyne (NYSE: AJRD) with responsibility over its Centers of Excellence operations.

She succeeds Mark Tucker, who is due to retire from Aerojet Rocketdyne by the end of the year and will continue to support enterprise-wide initiatives until his retirement, the company said Monday.

Gowder spent nearly 14 years at Lockheed Martin (NYSE: LMT), where she most recently served as vice president and general manager of the training and logistics solutions business line under the Bethesda, Md.-based contractor's rotary and mission systems segment.

She was a manager at Accenture (NYSE: ACN) earlier in her career and led the implementation of projects as well as new business strategies for customers.

Eileen Drake, president and CEO of Aerojet Rocketdyne, said that Gowder will play a role in the company's efforts to implement its growth strategy, increase performace and create value for both customers and shareholders as part of space market push.