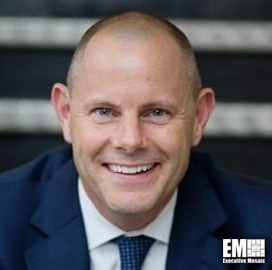 Mark Fallon, former CEO of Envirocon and Modern Machinery Co., has been appointed to succeed Michael Donnelly as CEO of Aptim in a move slated to take effect April 20.

Donnelly, who has led Aptim over the past year, is due to retire this month, the Veritas Capital portfolio company said Friday.

Ramzi Musallam, CEO and managing partner of Veritas and a 2020 Wash100 awardee, said Fallon brings more than 25 years of experience in the government and commercial sectors to his new position.

Fallon previously worked at CH2M in leadership roles such as managing director of sales in Europe and U.K. and as president of its nuclear segment, urban environments market and global regions.

Earlier in his career, he served as a senior adviser to the Department of Energy secretary. He currently serves on DOE’s environmental management advisory board and on the Denver Scholarship Foundation’s board of directors.

Mark Fallon, former CEO and president of environmental services provider Envirocon, has been appointed to succeed Michael Donnelly as CEO of Aptim in a move slated to take effect April 20.