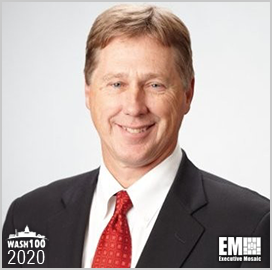 Amentum has been awarded a new contract by Naval Surface Warfare Center Dahlgren Division worth up to $87 million to provide system engineering support, the company announced on Thursday.

“Our unique experience combined with our engineering and software tools allows us to offer real-world solutions to complex and ever-changing combat system and fleet challenges,” said John Vollmer, CEO of Amentum and five-time Wash100 Award winner.

The contract include the modernization of Aegis, Ship Self-Defense System, DDG-1000 Guided Missile Destroyers, Guided Missile Frigates and U.S. Coast Guard cutters. The cost plus fixed-fee contract has one base year and four one-year option periods.

“We have been a strategic partner to the Navy for more than 40 years providing systems engineering support at Dahlgren,” added Vollmer. “Many of our people there have decades of engineering and operational experience in the Strategic Systems Program Office and on Submarine Launched Ballistic Missile programs.”

Work under the contract will primarily be performed at Dahlgren, Va.; Dam Neck, Va.; Washington Navy Yard; and Pittsfield, Mass.

Amentum also secured a spot on the U.S. Navy’s $92 million modification that increases the potential value of an indefinite-delivery/indefinite-quantity contract for global contingency construction services to $1.24 billion in Dec. 2019.

The company will continue to support construction and engineering projects aimed at responding to natural disasters, humanitarian assistance, conflicts and other related events, the Department of Defense said.

Amentum is a premier global technical and engineering services partner supporting critical programs of national significance across defense, security, intelligence, energy, and environment. We draw from a century-old heritage of operational excellence, mission focus, and successful execution underpinned by a strong culture of safety and ethics. Headquartered in Germantown, Md., we employ more than 20,000 people in 48 states and 28 foreign countries and territories.

Amentum has been awarded a new contract by Naval Surface Warfare Center Dahlgren Division worth up to $87 million to provide system engineering support, the company announced on Thursday.

An ASRC Federal subsidiary has won a potential $21.7 million contract to provide launch mission assurance services for the U.S. Air Force‘s ballistic missiles program. The contract has an initial $4 million value and covers missile engineering and sustainment work at Kirtland Air Force Base in New Mexico through Dec. 30, 2021, the Defense Department
Sponsor