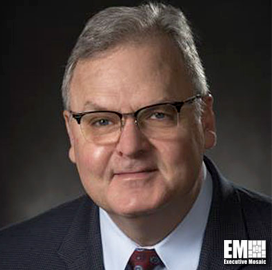 NASA has chosen Boeing (NYSE: BA) to manufacture up to 10 core stages and eight upper stages to power the  Space Launch System on the agency's third to 12th deep-space exploration missions under the Artemis program.

Boeing said Monday it built and tested SLS' first core stage through an initial contract with NASA and the company began production of a second core stage at Michoud Assembly Facility in New Orleans.

The Chicago-based contractor also plans to build the Block 1B version of the exploration upper stage at MAF.

“This team is already implementing lessons learned and innovative practices from the first build to produce a second core stage more efficiently than the first," said Jim Chilton, senior vice president of the space and launch division at Boeing and a 2017 Wash100 awardee.

Chilton added the company will coordinate with its supplier network to deliver the component this year for use in Artemis 1 mission.

NASA has chosen Boeing (NYSE: BA) to manufacture up to 10 core stages and eight upper stages to power the  Space Launch System on the agency's third to 12th deep-exploration missions under the Artemis program.

Boeing (NYSE: BA) will divide the network and space systems and military aircraft segments within its defense, space and security business unit into four smaller entities in a move that will take effect July 1. Leanne Caret, CEO of Boeing BDS, said Tuesday the reorganization is part of the company’s efforts to ramp up the competitiveness and

Pat Goggin, vice president of airplane programs engineering at Boeing’s (NYSE: BA) commercial airplanes unit,  has been promoted to president of the company’s defense, space and security development organization. Boeing said Friday the 29-year company veteran will succeed Jim O’Neill, who will retire in 2017 after more than 30 years with Boeing. “Pat’s experience across