â€œJoining Capital One was a natural next step in the growth plan for us at KippsDeSanto,â€ said Kevin DeSanto, co-founder and managing director of KippsDeSanto. â€œBeyond the M&A advice we currently offer, our clients will have access to additional solutions offered by Capital One.â€

The acquisition is expected to close late in the third quarter of 2019. KippsDeSanto will become a wholly-owned subsidiary of Capital One, and will continue to operate under as KippsDeSanto.

â€œWith Capital One, a top 10 U.S. Commercial Bank, we found an innovative, technology savvy financial institution with a similar culture and business values.â€

DoD noted the cost-plus-incentive fee, cost-only, firm-fixed-price contract has a base value of $56M and includes options that would extend work through December 2028.

Elsewhere, CGI won a spot on potential five-year, $127M blanket purchase agreement to update software applications for a government corporation under the Department of Housing and Urban Development.

The BPA, which has one base year plus four one-year options, covers work to help the HUDâ€™s Government National Mortgage Association, or Ginnie Mae, modernize a suite of apps used to process loan applications.Â

Amyx has also won a pair of fixed-price contracts worth $104.7M combined to support procurement and program management functions at the Defense Health Agency. The company will help DHA manage contracting workload under a $56.8M contract that has an eight-month base period plus four one-year options.Â

Under a separate $47.9M contract, containing a nine year base and four option years, Amyx will provide acquisition and administrative support to complement government workplace systems. DHA will obligate a total of $13.3M to cover the base periods of performance. Efforts under the first contract will occur from Sept. 25 through May 31, 2024. Work on the second award is scheduled to conclude by June 17, 2024.

In addition, Textronâ€˜s Bell subsidiary has obtained Federal Aviation Administration certification under instrument flight rules for single-engine aircraft being offered to the U.S. Navy. Bell said Thursday that its 407GXi platform received the IFR Supplemental Type Certificate, which is one of the requirements in the Navy Advanced Helicopter Training System program.

The manufacturer proposed capability, transition and sustainment strategies as part of its bid to replace the service branchâ€™s TH-57 Sea Ranger trainer. According to Bell, it will establish a final assembly line in Ozark, Ala., if the Navy selects the replacement offering. 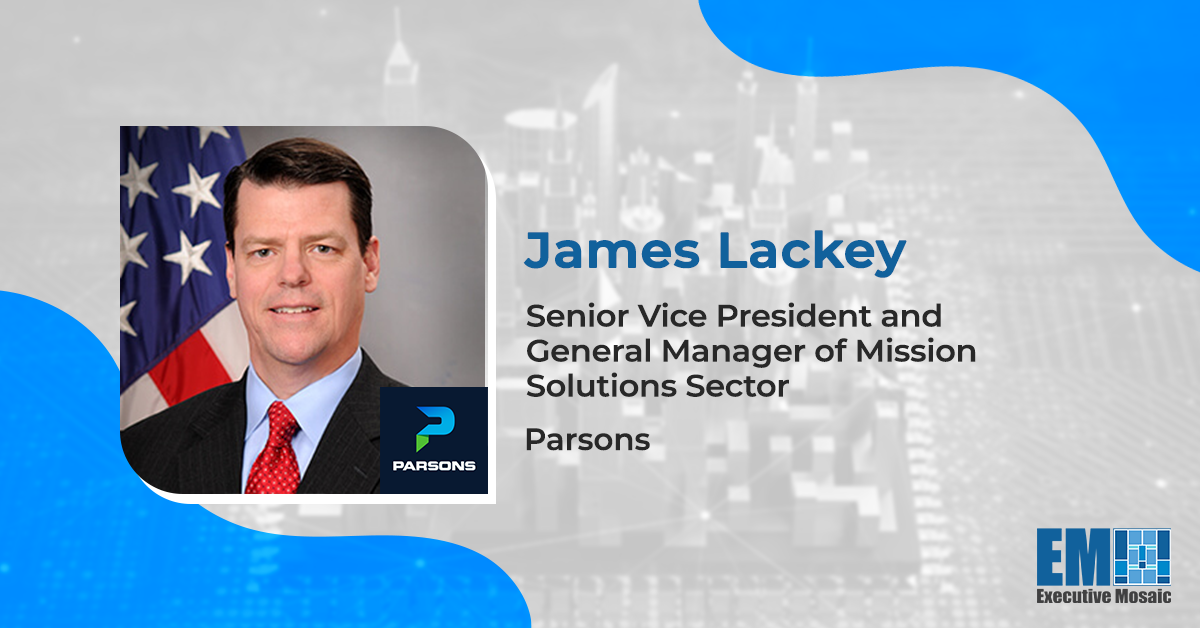 James Lackey spent three decades serving as a civilian in the Department of Defense in various capacities. He began as a flight test engineer at Naval Air Systems Command in Patuxent River, Maryland, where he quickly ascended to a department management position. After this, Lackey was promoted to the Pentagon as a senior executive working