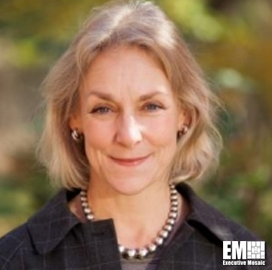 Baldwin will represent Leidos on Capitol Hill to help advocate for government health research, patient care and other programs considered vital to the national interest, the company said Monday.

Her government career has included roles such as a staff assistant on the House Appropriations Committee’s Veterans Affairs, Housing and Urban Development and Independent Agencies Subcommittee and as chief financial officer at the Department of Army.

“We are excited to have Valerie, a distinguished civil servant with extensive experience in government affairs from the public and private sector, join the Leidos team in our semi centennial year as a company,” said Roger Krone, chairman and CEO of Leidos and a 2019 Wash100 winner.

“We look forward to her strong underpinning of our mission to make the world safer, healthier and more efficient,” Krone added.