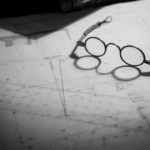 Three companies have won positions on a potential five-year, $40M contract to design and engineer various marine platforms for the U.S. Navy.

Sixty percent of tasks will take place in Bremerton, Wash., and the remaining 40 percent will occur at various locations worldwide.

The Pentagon expects contractors to complete their services by February 2024.