Holders of at least 72 percent of outstanding shares in Rockwell Collins as of record date voted to approve the transaction during the Thursday meeting, the companyÂ said Thursday.

Farmington, Connecticut-based conglomerate UTCÂ will pay approximately $23 billion in cash and stock, or $140 per share, and assume $7 billion in net debt from Rockwell Collins under the deal originally announced in September.

Kelly Ortberg, chairman, president and CEO of Rockwell Collins,Â said the shareholder vote brings the deal closer to completion in order to form a new business – Collins Aerospace SystemsÂ â€“ that will work to offer aerospace products and services.

The companies expect to close the transaction in the third quarter of 2018. 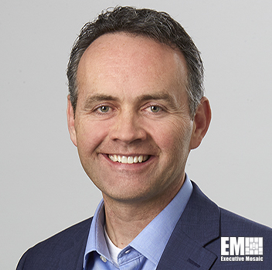 Stephen Timm, president of the avionics business unit at United Technologies Corp.’s (NYSE: UTX) Collins Aerospace subsidiary, has been named president of the subsidiary. He will succeed Kelly Ortberg, who has been appointed special adviser to the office of the CEO as UTC and Raytheon (NYSE: RTN) move ahead with their merger to form Raytheon Technologies, UTC said Friday.