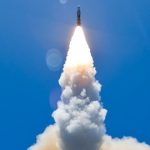 Raytheon (NYSE: RTN) has landed a potential $227.7 million contract from the U.S. Navy to perform maintenance, repair and re-certification work on Standard Missile-2 and Standard Missile-6 systems from fiscal year 2018 to fiscal 2022.

The service branch will obligate $362,382 at the time of award from its fiscal 2018 operations and maintenance funds.

Work will occur through December 2018 in Arizona, Arkansas and Alabama.

SM-2 is designed to target anti-ship missiles and aircraft within a distance of 90 nautical miles and at an altitude of up to 65,000 feet.

SM-6 is installed on U.S. cruisers and destroyers and works to help Joint Force and Strike Force Commanders defend the fleet against aircraft, ballistic missile threats as well as engage targets on the ocean’s surface.

Robert Grey, founder of IntelliDyne, has been appointed to serve again as CEO of the Falls Church, Va.-based information technology services provider.