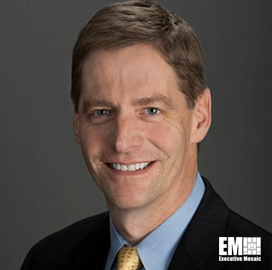 Lou Von Thaer, who has been CEO of DynCorp International since July 2015, will join Columbus, Ohio-based nonprofit research and development company Battelle as president and CEO on Oct. 1.

He will succeed the retiring Jeff Wadsworth, who will continue to provide assistance during the transition period and perform consulting work on some projects through the end of 2017, Battelle said Friday.

He started his career at AT&T Bell Laboratories, where he held management and engineering roles for more than a decade.

Von Thaer, an inductee into Executive Mosaic‘s Wash100 for 2017, is a member of the Defense Science Board and a trustee at Kansas State University.

The State Department has approved Kuwait’s request to purchase operational and training ammunition for M1A2K tanks, related equipment and services under a potential $250 million foreign military sales agreement. General Dynamics (NYSE: GD) will be the principal contractor in the proposed FMS transaction, which will enable Kuwait to support the modernization of its tank fleet
Sponsor