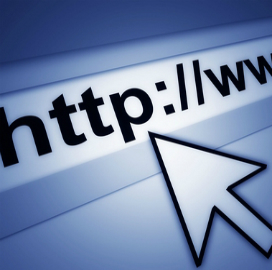 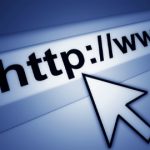 The Congressional Budget Office issued a revised cost estimate of $500 million over a five-year period for the for the re-introduced Modernizing Government Technology Act, legislation introduced by Rep. Will Hurd, R-Texas.

The revised estimate is a mere fraction of the cost when the bill was first introduced last year. The bill passed in the House in 2016 but was stalled in the Senate. It received a $9 billion CBO cost estimate over five years, virtually ensuring its defeat.

But the lower cost “actually reflects what the bill is going to do,” Hurd told FedScoop Monday, adding that he’s confident the bill will pass the House and Senate this year.

The bill is co-sponsored by Reps. Robin Kelly, D-Ill., and Gerry Connolly, D-Va. Hurd will take the bill to the House floor for a vote on Wednesday.

The bill would allow federal agencies to invest any money they had saved with IT into working capital funds, to fund future efforts to modernize their technology. They could access these funds for up to three years. The bill also calls for a centralized tech modernization fund and an eight member “Tech Modernization Board” whose purpose would be “to help improve information technology and cybersecurity systems across the government.”

“[The Government Accountability Office] has had a number of conversations with CBO on talking about modernization, and how GAO has seen modernization work in other instances, to help with CBO’s understanding of how the bill actually saves the federal government money,” Hurd said.

Changes that were made to this iteration of the bill, including a  cap on the money that can go into that fund, have helped lower the price tag this time, Hurd said Monday.

“What changed is the engagement with CBO and helping to understand how they made their decisions,” he said. “So this really was a process making sure we understood how CBO was looking at the legislation and they understood what we were doing, and I think it worked out for the better.”

The bill also received the support of the Office of American Innovation, and is accompanied by a Senate bill authored by Sens. Jerry Moran, R-Kan., and Tom Udall, D-N.M.

“[The budget estimate] is something that we had to deal with,” said Hurd. “We’ve been working with [Senate] appropriators over there to help them get comfortable with this.” He added that he felt “good” and that they were moving in “the right direction,” reports FedScoop. 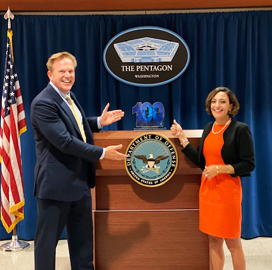 Executive Mosaic founder and CEO Jim Garrettson presented Katie Arrington, chief information security officer (CISO) for the Office of the Under Secretary of Defense for Acquisition (OUSDA) for the Department of Defense (DoD), her first Wash100 Award for her pivotal role in the DoD’s Cybersecurity Maturity Model Certification (CMMC) initiative.

The Congressional Budget Office issued a revised cost estimate of $500 million over a five-year period for the for the re-introduced Modernizing Government Technology Act, legislation introduced by Rep. Will Hurd, R-Texas. The revised estimate is a mere fraction of the cost when the bill was first introduced last year. The bill passed in the House in 2016