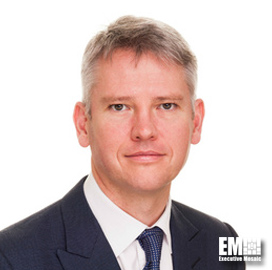 Charles Woodburn, chief operating officer at BAE Systems, will officially assume the chief executive role after Ian King retires from the British defense company at the end of June.

“Since his appointment last year, Charles has made an important contribution to the company, bringing impeccable engineering credentials, broad international experience and fresh perspectives to build on our existing strengths,” BAE Chairman Roger Carr said in a statement released Wednesday.

Woodburn is a 20-year oil and gas industry veteran who joined BAE in February 2016 after he led Expro Group as the oilfield service provider’s CEO.

King, a more than 40-year aerospace sector veteran, will retire after nearly nine years of leadership at BAE.