GovCon Index gainers slightly edged decliners each and nine of its 11 S&P 500 companies advanced with co-listed Raytheon (NYSE: RTN) ended as the GCI’s overall top net performer at a gain just short of $2.00.

Montreal-based technology services provider CGI Group (NYSE: GIB) weighed as the GCI’s largest decliner at a loss of more than $1.00.

Yellen told the Commonwealth Club in San Francisco in prepared remarks the U.S. economy is “near maximum employment” and inflation is continually progressing toward the Fed’s goal of 2 percent, Bloomberg reported.

The Fed raised the benchmark interest rate to a 0.5-0.75 percent range in December and the central bank’s policy leaders forecasted three 0.25-point increases for 2017 during that monetary policy meeting. 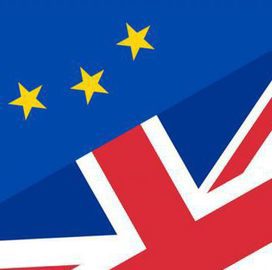 June 27 – July 1 2016 Click here to see Real-Time GovCon Sector Quotes A Note From Our President & Founder Jim Garrettson   As massive the selloff was in global financial markets in the wake of June 23’s “Brexit” vote in the U.K., so was the reversal in equities after investors took a deep breath to more fully gauge what

The GovCon Index mirrored losses by U.S. stocks Tuesday with a decline of 0.669 point to 77.421 as investors weighed the prospects of more than one interest rate hike by the Federal Reserve this year. Dennis Lockhart and John Williams, respective Fed presidents for Atlanta and San Francisco, indicated the central bank could move in June depending on what economic data