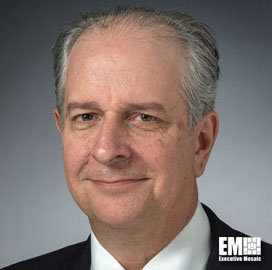 He will report to Mike Smith, executive VP for strategy and development at HII, and oversee the development of new business opportunities for the company in support of the U.S. and Australian naval forces in the South Pacific, HII said Monday.

“We intend to leverage our core competencies for work in Australia to include workforce development, fleet sustainment and other related ship design and construction expertise, ” Smith said of the new Australian office that is set to open in the next two months.

McCray previously served as a VP and sales director at Symetrica before he moved to HII.

He spent 15 years at BAE, where he held the roles of VP for Africa and near East, president of the firm’s South Korean business and VP of international business development at BAE’s U.S. arm.

Jeff McCray, former vice president of international business development at BAE Systems, has joined Huntington Ingalls Industries (NYSE: HII) to serve in the same role and lead a new office that HII will open in Canberra, Australia. He will report to Mike Smith, executive VP for strategy and development at HII, and oversee the development of

Mark Nicol, former program director for Standard Missiles 1 and 2 at Raytheon (NYSE: RTN), has been appointed president of the global defense contractor’s business in Canada. Raytheon said Friday Nicol will be based in Canadian capital city Ottawa and oversee business development and client engagement efforts in Canada for the company. “With a proven international business track record, Mark is the right leader
Advertisements