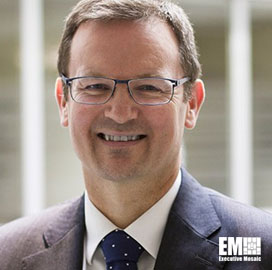 Inmarsat CEO Rupert Pearce said Smith’s appointment builds on the company’s mission to give customers and partners access to high-speed connectivity on land, sea and air.

Smith also previously served as nuclear business COO and president of the submarines business at Rolls-Royce.

He began his career at British Nuclear Fuels and spent nine years at U.K.-based defense company AWE, where he worked as deputy managing director, program and business management director and commercial group head.