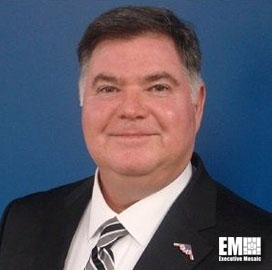 Continental Mapping said Thursday the mapping industry veteran will succeed David Hart, who will transition into a new role as the company’s CEO.

In his previous role, Dougherty has led KEYW’s efforts to grow its portfolio of survey and exploration technology offerings for intelligence, defense and special operations agencies.

He previously worked in business development roles at Northrop Grumman (NYSE: NOC) and also served as vice president of BD for the federal sales organizations at DigitalGlobe (NYSE: DGI) and GeoEye.

Dougherty also established and managed the intelligence and defense solutions group of 3001 International, which he joined after he retired from the U.S. Navy.

He is also a member of the U.S. Geospatial Intelligence Foundation,  Armed Forces Communications and Electronics Association,  Intelligence National Security Alliance and the Society of American Military Engineers.