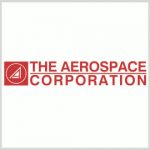 Wayne Goodman, senior vice president of the operations and support group at The Aerospace Corp., has been elected to succeed the retiring David Gorney as executive vice president,  effective Jan. 1, 2017.

Goodman will oversee the implementation of Aerospace Corp.’s strategic goals and will report to the president and CEO to carry out cross-corporate programs, the nonprofit company said Tuesday.

“Goodman has deep insights into Aerospace and its customers and has an incredible record as an engineer, manager, and leader, ” said Aerospace Corp. President Steve Isakowitz, who will add the role of CEO on Oct. 1.

Prior to his current position, Goodman served as VP of space program operations at the corporation and collaborated with the U.S. Air Force, government agencies and industry partners to build military satellites and other space systems intended for national security.

He has held other leadership positions at Aerospace Corp. such as general manager of military satellite communications division, principal director of the Evolved Expendable Launch Vehicle directorate and GM of the launch vehicle engineering and analysis division.

The Meritorious Civilian Service Award recipient is a fellow of the American Institute of Aeronautics and Astronautics and member of the Southern California Leadership Council and the board of external advisers for the mechanical engineering department of the University of California in Berkeley.

The Aerospace Corp. operates a federally funded research and development center and provides acquisition management, engineering and technical assessment support for the Air Force and other Defense Department and civilian agencies.