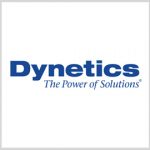 Jonathan Whitcomb, president of the technical services segment at engineering and scientific services contractor Dynetics, will retire from the company after a two-decade career there on July 1.

Dynetics said Tuesday that Stephen Cook, a corporate vice president, has been appointed to the role of acting president for the segment.

Whitcomb worked in activities across both Dynetics’ commercial and government business lines and held several senior and executive management positions such as enterprise solutions VP since he joined Dynetics in 1995.

“We greatly appreciate his leadership and integrity in helping build and grow our automotive, IT and cybersecurity businesses, ” said David King, Dynetics CEO.

He worked for Teledyne Brown Engineering before Dynetics.