The Defense Health Agency views the military’s transition to a new commercial electronic health record system as one path for theÂ armed forcesÂ to design healthcare in a way more centered around aÂ model based onÂ interoperability and centered around patients, DHA’s director told the Potomac Officers Club Tuesday.

Bono focused her remarks to the POC around interoperability and said that concept is challenged by differences in standards across healthcare systems in government and the private sector, which she said leads to disjointed access caregivers have to patient information.

“Interoperability is about having the ability to work across a lot of different systems and capabilities and not having to stitch everything up all the time, ” she said.

“We have to define value around what’s important to our patients and design around them.

Bono also described the push toward healthcare data interoperability as one that aims to shift some burdens away from the patient as they areÂ often required to take leave from work or reserve personal time toÂ get the care they need. 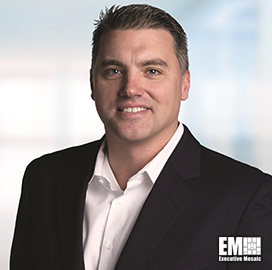 Travis Dalton, president of Cerner‘s (Nasdaq: CERN) government services business, has been appointed to also serve as chief client and services officer as part of a leadership shakeup at the health care technology maker, The Kansas City Star reported Friday. He has led the CGS unit since 2012 and oversees Cerner’s work on the $4.3B

Leidos (NYSE: LDOS) has booked a pair of task orders worth $104.5M combined to help the Department of Defense deploy the MHS Genesis electronic health record system to military bases across the U.S., FedHealth IT reported Monday. The task orders fall under the 10-year, $4.3B Defense Healthcare Management System Modernization contract won by a team comprised of Leidos, Cerner (Nasdaq: CERN) and Accenture (NYSE: ACN) in July 2015.