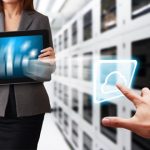 DHS’ Science and Technology Directorate wants to integrate government and industry security standards into mobile app vetting technologies to detect threats under the 30-month project, according to the report.

“This project will help to enable the secure use of mobile apps across the department’s many missions, ” said Reginald Brothers, DHS undersecretary for science and technology.

DHS plans to file a report from the research and development efforts and share the information with other government agencies, the report says.

The U.S. Army has selected DRC Emergency Services, ECC Constructors and Crowdergulf to perform regional debris management work under a $3.5B multiple-award contract.

Monkton has received a potential $500M contract from the U.S. Space Force to support the commercialization of a mobile strategy. The company will provide technology and support services to help the Department of Defense design, build and field mission-enabling platforms to service members, civil servants and reservists operating at the tactical edge, DoD said Wednesday.