Scott Lehr, a senior vice president of Orbital ATK (NYSE: OA), has been promoted to serve as president of the company’s flight systems business group.

He will startÂ his new role on July 1 and succeeds Ron Grabe, who will become a senior adviser for the organization, Orbital ATK said Thursday.

Lehr spent a total of 31 years at ATK and at a predecessor company.

He previously managed ATK’s commercial and defense propulsion systems division and has served as Grabe’s deputy since the merger completed in February. 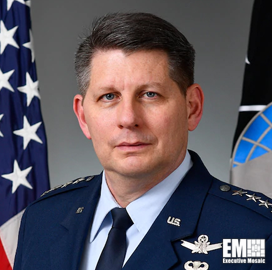 Shareholders at Orbital ATK (NYSE: OA) have approved a deal for Northrop Grumman (NYSE: NOC) to acquire the Dulles, Virginia-based aerospace and defense contractor in an estimated $9.2 billion transaction. Holders of at least 99 percent of shares in Orbital ATK voted to approve the merger during the Wednesday meeting, the company said Wednesday. Northrop
Sponsor