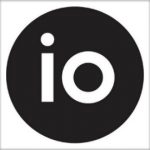 IO will separate by early next year into two standalone entities — the IO colocation and cloud services firm and a new company named BASELAYER, which would provide modular data center hardware and infrastructure management services.

“By separating the two [businesses], we create clarity of purpose to accelerate the growth of both companies, ” George Slessman, IO co-founder and CEO, said Tuesday.

Slessman and co-founder Anthony Wanger will continue in their respective roles as CEO and president of IO, which will still be based in Phoenix.

William Slessman, former chief technology officer and another co-founder of IO, will serve as CEO of BASELAYER, which will establish its headquarters in Chandler, Arizona.

Jacobs has been selected to provide technical design and planning advisory services to Enfield Council for the delivery of strategic infrastructure at Meridian Water, a $7.75 billion, 20-year regeneration program in Upper Edmonton, in the London Borough of Enfield, North London, the company announced on Wednesday.