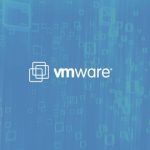 VMware (NYSE: VMW) has made several changes in its executive leadership as the company seeks to bolster its efforts in growth, technology innovation and customer service.

Eschenbach will now oversee corporate strategy and business development alongside his current responsibilities for sales and marketing, global customer operations and the company’s global partner organization.

Chadwick will also serve as COO in addition to his CFO role and work with Eschenbach on VMware’s finance, legal, HR and IT operations.

Casado, who helped develop the VMware NSX network virtualization platform,  was named SVP and general manager of VMware’s networking and security business, in addition to his current role as a fellow and chief technology officer for networking.

He succeeds Steve Mullaney, who will leave by the end of September after having guided the integration of Casado’s Nicira firm into VMware.