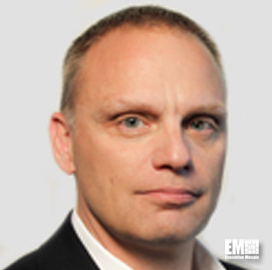 He succeeds Mike Lehman, who has been acting CFO since September 2013,  the company said Tuesday.

Mezger joined Ciber 2011 after a 15-year career at Hewlett Packard (NYSE: HPQ) that included roles such as VP of finance for HP’s technology business and VP of worldwide financial planning and analysis.

Mezger is an international business management graduate from the University of Vienna.

Lehman, a 35-year financial leadership veteran, will hold an advisory role at Ciber.

CRGT Inc. will buy CIBER Inc.’s (NYSE: CBR) federal division for $40 million cash, CIBER said Monday. CIBER said it expects to generate $35 million in net cash proceeds from the transaction. The company said it plans to dedicate the proceeds “in excess of $25 million” to reduce its revolving credit commitments. CRGT said it has
Sponsor