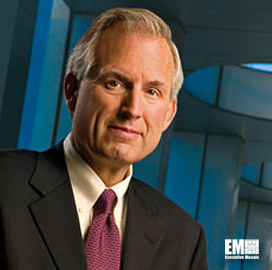 Boeing set a company record for sales in its 2013 fiscal year and attributed the number to sales of commercial aircraft and military equipment despite sequestration cuts on the U.S. defense budget, DoD Buzz reported Wednesday.

Brendan McGarry writes the airplane maker had a 6-percent revenue increase from fiscal 2012 to $86.6 billion last year, and a 20-percent profit increase year-over-year to $7.07 earnings per share.

Jim McNerney, Boeing chairman and chief executive officer, noted the performance of the company’s defense arm in particular, which posted earnings of $33.2 billion, a 2-percent increase.

McGarry notes sales in the network and space systems and global services and support segments increased 8 percent and 1 percent, respectively.

A report by consulting firm McAleese & AssociatesÂ saysÂ Lockheed Martin (NYSE: LMT) saw its sales in the first quarter of 2019 climb 23 percent to $14.3B primarily driven by sales growth in the companyâ€™s aeronautics and missiles and fires control business units. Jim McAleese, founder and principal of McAleese & Associates and a 2019 Wash100 winner,

Executive Mosaic’s GovCon Index and U.S.Â stocks fell Tuesday at their worst one-day declines over the past monthÂ as investors looked ahead to President Donald Trump’s speech before a joint session of Congress at 9:00 p.m. Eastern time for further clues on his economic agenda that has includedÂ promises of tax cuts, deregulation and defense spending increases. GovCon