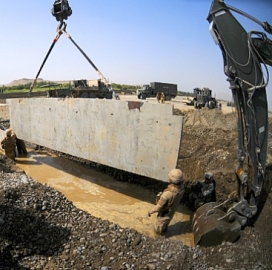 An EMCOR Group subsidiary (NYSE: EME) has been awarded a set of four contracts to repair and replace heating, ventilation and air conditioning systems at three military bases.

“We’re delighted to work with the Department of the Navy on this contract, ” said Robert Lake, president of EMCOR Services Mesa Energy Systems.