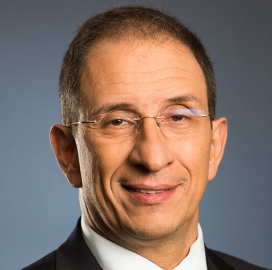 Rene Mathieu, a 30-year veteran of the energy and infrastructure markets, has joined Huntington Ingalls Industries (NYSE: HII) as a vice president and general manager in its Avondale Industries subsidiary.

Mathieu will oversee non-Navy portfolios for Avondale’s energy infrastructure unit out of its offices in Avondale, La. and in Houston.

He will also manage its facilities and lead engineering and design, production operations, fabrication and human resources functions.

Prior to HII, he served as a corporate VP at engineering and construction conglomerate Technip in its U.S. onshore division.

Mathieu has also served as GM at Technip Servicios in Mexico and also as senior regional VP of business development at Foster Wheeler International Corp.

Seven companies have been awarded spots on a potential five-year, $150 million contract that covers architect and engineering services for the U.S. Army. The Army Corps of Engineers received seven bids for the firm-fixed-price contract via the internet and will determine the amount of funds and performance locations upon issuance of individual orders, the Defense

Rene Mathieu, a 30-year veteran of the energy and infrastructure markets, has joined Huntington Ingalls Industries (NYSE: HII) as a vice president and general manager in its Avondale Industries subsidiary. His appointment took effect Monday and he reports to Chris Kastner, corporate vice president and general manager of corporate development, HII said Tuesday. Mathieu will