Heebner’s appointment is one in a series of changes in the company’s senior leadership that take effect immediately, General Dynamics said Thursday.

The 13-year company veteran also has served as president of the land systems unit, senior VP of planning and development and VP of strategic planning.

Roualet joined the land systems unit in 1982 as a quality engineer and has served as the unit’s SVP and chief operating officer.

Whited, a certified public accountant, served as VP of finance and chief financial officer of the land systems unit prior to leading the unit’s domestic operations starting in 2011.

He also held the VP and CFO roles for the ordnance and tactical systems unit and served as controller for the advanced information systems unit.

General Dynamics (NYSE: GD) CEO Phebe Novakovic singled out to investors Wednesday the company’s potential five-year contract to support a Census Bureau contact center as part of what she referred to as a “diving board” for growth in the information systems and technology segment. That contract worth up to $430 million announced in September calls on General Dynamics to help build, test 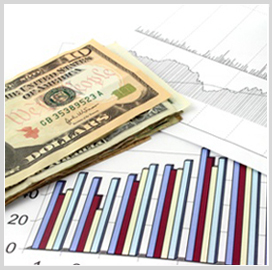 General Dynamics (NYSE: GD) has announced financial results for the first quarter of its 2015 fiscal year ended April 5, 2015. The Falls Church, Va.-based defense contractor posted a 7-percent increase in revenue from the prior year period to $7.78 billion and profit rose 20.3 percent from first quarter 2014 figures to $716 million. “We