Boyle, who also held the executive vice president title, has served as interim president and CEO of the San Diego-based firm since the death of founder and former CEO Walter J. Zable in June 2012.

The board also promoted John Thomas, senior VP of finance and corporate development since June 2012, to succeed Boyle as CFO and Bradley Feldmann, president of the defense systems segment since 2008, to chief operating officer.

Stephen Shewmaker, president of the transportation systems segment, was promoted to the EVP ranks (click over to GovCon Executive for more on Shewmaker’s additional role).

“Maintaining the continuity of the management team, preserving the unique culture of Cubic and achieving continued growth of the corporation were important to the board as the leadership changes were carefully considered over the past number of months, ” said Walter C. Zable, executive chairman of the board and son of Walter J. Zable.

Thomas has served as finance and corporate development SVP since June 2012 and the company said he helped carry out acquisitions in the mission support services, transportation systems and defense systems segments.

The 33-year company veteran has also served as VP of finance and as VP of corporate development.

Feldmann served as SVP and COO for defense systems between 1998 and 1999 and rejoined Cubic in 2008 to lead that segment. 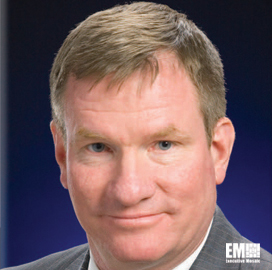 Bradley Feldmann, formerly president and chief operating officer of Cubic Corp. (NYSE: CUB), officially took the reins as president and CEO of the company Tuesday. Feldmann has succeeded William Boyle, who is retiring after a nearly three-decade career at Cubic, the company said Tuesday. Boyle will remain as a board member until February 2015, as well as

Cubic Corp.’s (NYSE: CUB) board of directors has promoted Chief Financial Officer William Boyle to president and CEO in a series of executive moves, Cubic announced Friday. Boyle, who also held the executive vice president title, has served as interim president and CEO of the San Diego-based firm since the death of founder and former
Advertisements