The company said the realignment took effect Jan. 2, with Jim Oschmann serving as vice president and general manager of the civil space unit and Cary Ludtke holding the same titles for the operational space unit.

Oschmann previously served as VP and GM for tactical solutions and is succeeded in that capacity by three-decade aerospace veteran Rob Freedman.

Oschmann will oversee Ball’s science and technology development projects for civil customers and be responsible for programs such as the James Webb Space Telescope, Green Propellant Infusion Mission and Tropospheric Emissions: Monitoring of Pollution.

He joined Ball in 2004 and has served on review panels and advisory boards for NASA, the National Science Foundation and the Association of Universities for Research in Astronomy.

He will also be responsible for developing expansion plans for commercial and international markets.

He also has served as a program manager, capture lead, business area manager and an advanced systems manager. 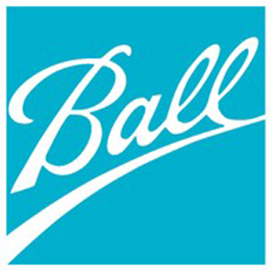 Jake Sauer, senior director of of the survivability and strike business area at Ball Aerospace, has been promoted to vice president and general manager of the company's tactical solutions unit.

Ball Aerospace & Technologies has won a $23.9 million contract from the NATO Seasparrow Project Office, with $10 million in options,  for the transition and production of the Stalker long-range electro-optical infrared laser sensor system. The company said Wednesday the contract covers up to fabrication, test and installation and includes options for spare components, sustaining engineering and field support. According
Executive Moves

Ball Aerospace & Technologies Corp. has separated its civil and operational space business unit into a civil space and technology unit and an operational space unit. The company said the realignment took effect Jan. 2, with Jim Oschmann serving as vice president and general manager of the civil space unit and Cary Ludtke holding the
Advertisements