The board of directors at ITT Exelis (NYSE: XLS) has approved a cash dividend of 10.33 cents per share for the fourth quarter of 2012, the company announced Thursday.

The company announced its second quarter 2012 financial results in August, reporting a nine-percent year-over-year increase in profit to $86 million.

During that quarter, the company received $1.2 billion in new orders, with that figure including $300 million coming from both U.S. and international customers for electronic warfare products. 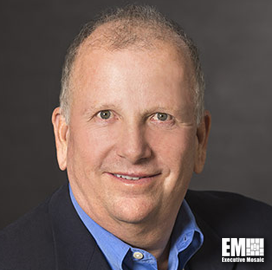 Broadcom (Nasdaq: AVGO) has agreed to acquire Symantec's (Nasdaq: SYMC) enterprise security assets for approximately $10.7B in cash. The transaction includes the acquisition of the Symantec name and is expected to conclude before the end of calendar year 2019, subject to regulatory approvals and other customary closing conditions, Symantec said Thursday.

A report by consulting firm McAleese & Associates says Huntington Ingalls Industries (NYSE: HII) saw its revenue rise 12 percent to $2.1B in the third quarter of 2018 with a year-to-date sales increase of 10 percent. HII posted $290M in Q3 total corporate profit, reflecting a 20 percent increase from the same period last year associated with a $23M hike