TGI provides systems and services for geolocation; intelligence, surveillance and reconnaissance missions; and signals intelligence to defense and intelligence customers.

The move also comes at a time when national security customers are increasingly relying on real-time data from sensors to support activity-based intelligence, he added.

Including TGI, Six3 has made four acquisitions since its founding in April 2009. 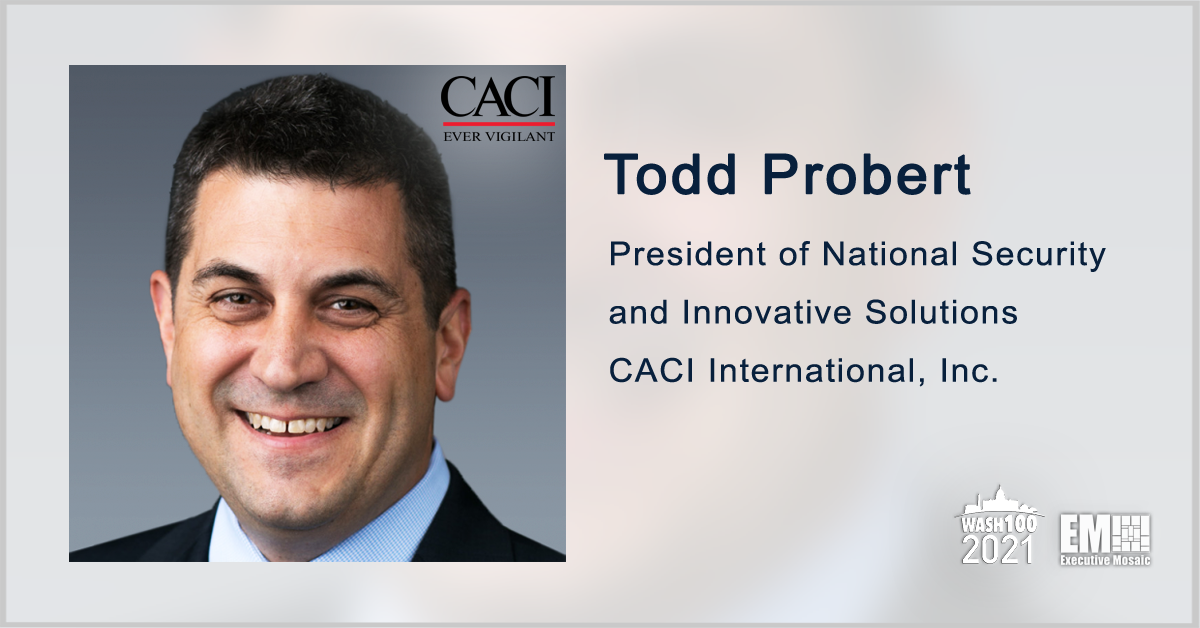 Executive Mosaic is honored to announce that Todd Probert, president of National Security and Innovative Solutions (NSIS) for CACI International, has been named a recipient of the 2021 Wash100 Award for his leadership and vision to advance military capabilities for the modern-day warfighter as well as drive technical capabilities to protect and innovate for the
M&A Activity