ManTech’s (NASDAQ:MANT) senior vice president and CTO of Systems Engineering and Advanced Technology will serve as a panelist at the LandWarNet 2010 Conference. The conference will be held August 3 – 5 in Tampa, Fla.

According to the firm, “Goldstein will participate in a panel discussion that will provide perspective from industry leaders regarding the conference’s theme, ‘Providing Global Cyber Dominance to Joint/Combined Commanders.’ Scheduled speakers at the conference include: General Keith B. Alexander, director of the National Security Agency, chief of the Central Security Service and commander of the U.S. Cyber Command; General Peter W. Chiarelli, vice chief of staff for the U.S. Army; General Martin E. Dempsey, commanding general of the U.S. Army Training and Doctrine Command; and Louis V. Gerstner, former CEO of IBM Corporation.” 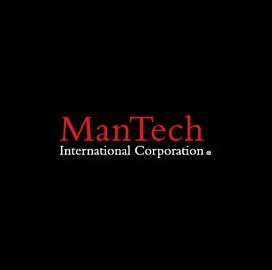 The National Geospatial-Intelligence Agency has awarded ManTech International (Nasdaq: MANT) a potential five-year, $322 million contract for information technology services. NGA said Monday that ManTech will operate and maintain the agency’s enterprise and cybersecurity environments under the contract with no additional details disclosed. In mid-August, ManTech announced a pair of task order awards worth up to $110 million for cybersecurity and
Executive Moves