Raytheon Company (NYSE: RTN) has been awarded a multi-million contract to provide upgrades to the PATRIOT Guidance Enhanced Missile-Tactical, or GEM-T, missiles. The contract, worth an estimated $58 million, was issued by the U.S. Army Aviation and Missile Command to upgrade 124 missiles.

The upgrades to the missile system will improve performance against cruise and tactical ballistic missiles. Several components will also be replaced to increase the lifespan of the missiles.

Sanjay Kapoor, vice president for Patriot Programs at Raytheon Integrated Defense Systems (IDS), said “Patriot is combat proven and trusted by 12 nations around the globe, and the continuing upgrades speak to the critical role Patriot plays in those countries’ air and missile defense capabilities.” 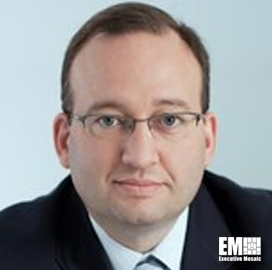 Jose Ignacio Garcia, a two-decade veteran of General Electric (NYSE: GE), has been appointed senior vice president and chief financial officer at aircraft components manufacturer Spirit AeroSystems (NYSE: SPR). His appointment is effective Jan. 9 and he will succeed Sanjay Kapoor, who is due to retire as Spirit AeroSystems CFO in the first quarter of next year,

Raytheon (NYSE: RTN) has won a $115.9 million contract to provide engineering services related to its Patriot air and missile defense system to the U.S. Army and foreign military sales customers. The company will provide the Patriot with country-specific systems requirements, software development, testing and logistics support and systems analysis, Raytheon announced today. “NATO and our
News

The missile-defense partnership between Raytheon (NYSE: RTN) and Lockheed Martin (NYSE: LMT)  took off in a big way this week, as Raytheon announced its Air and Missile Defense System had successfully test-fired Lockheed’s PAC-3 missile segment enhancement at a New Mexico missile range. “This demonstration of Lockheed Martin’s MSE missile with the Patriot system builds
Sponsor